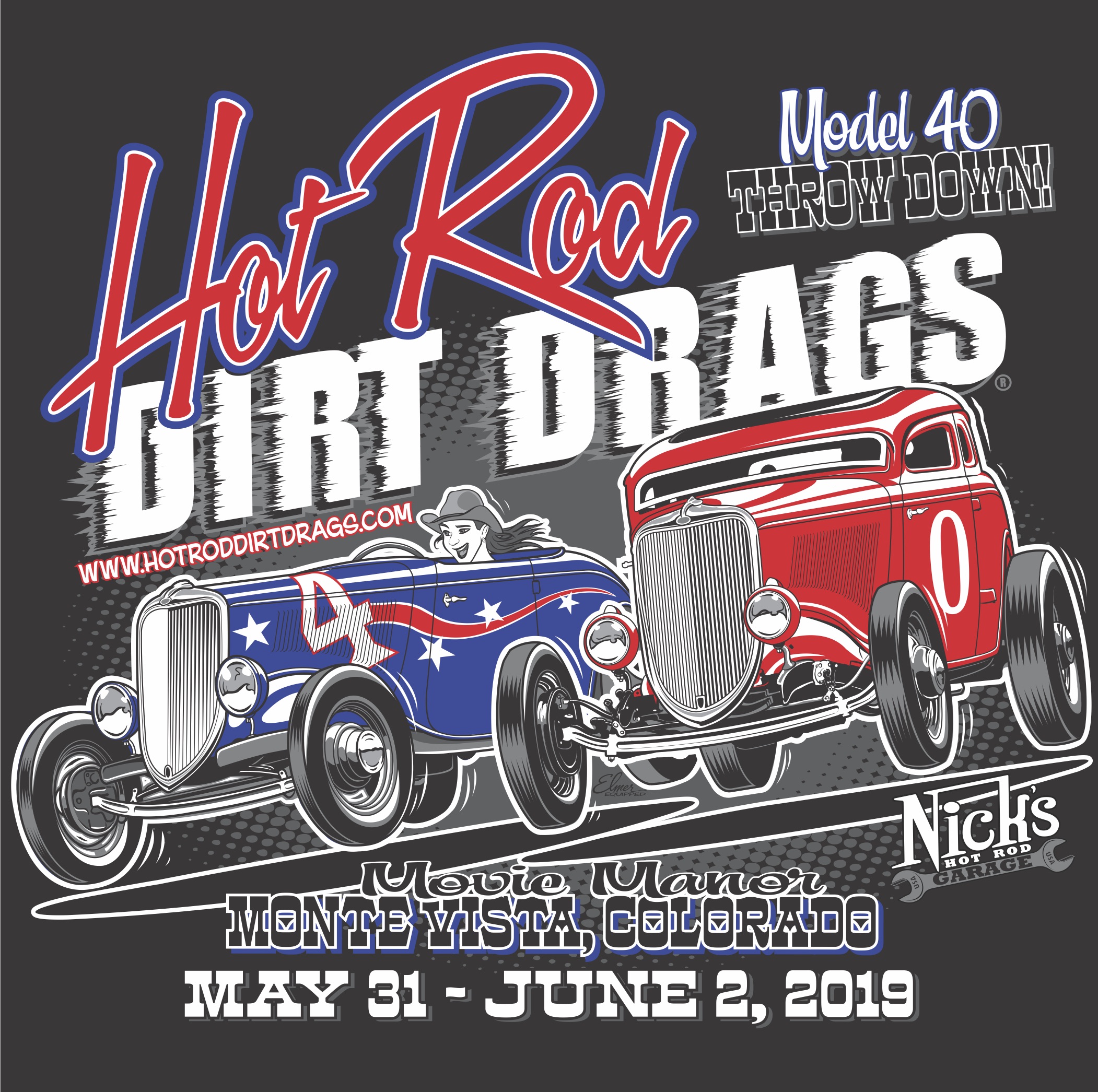 For the First time EVER! Dedicated exclusively to this incredible event in the beautiful San Louis Valley!

Get yours today right here 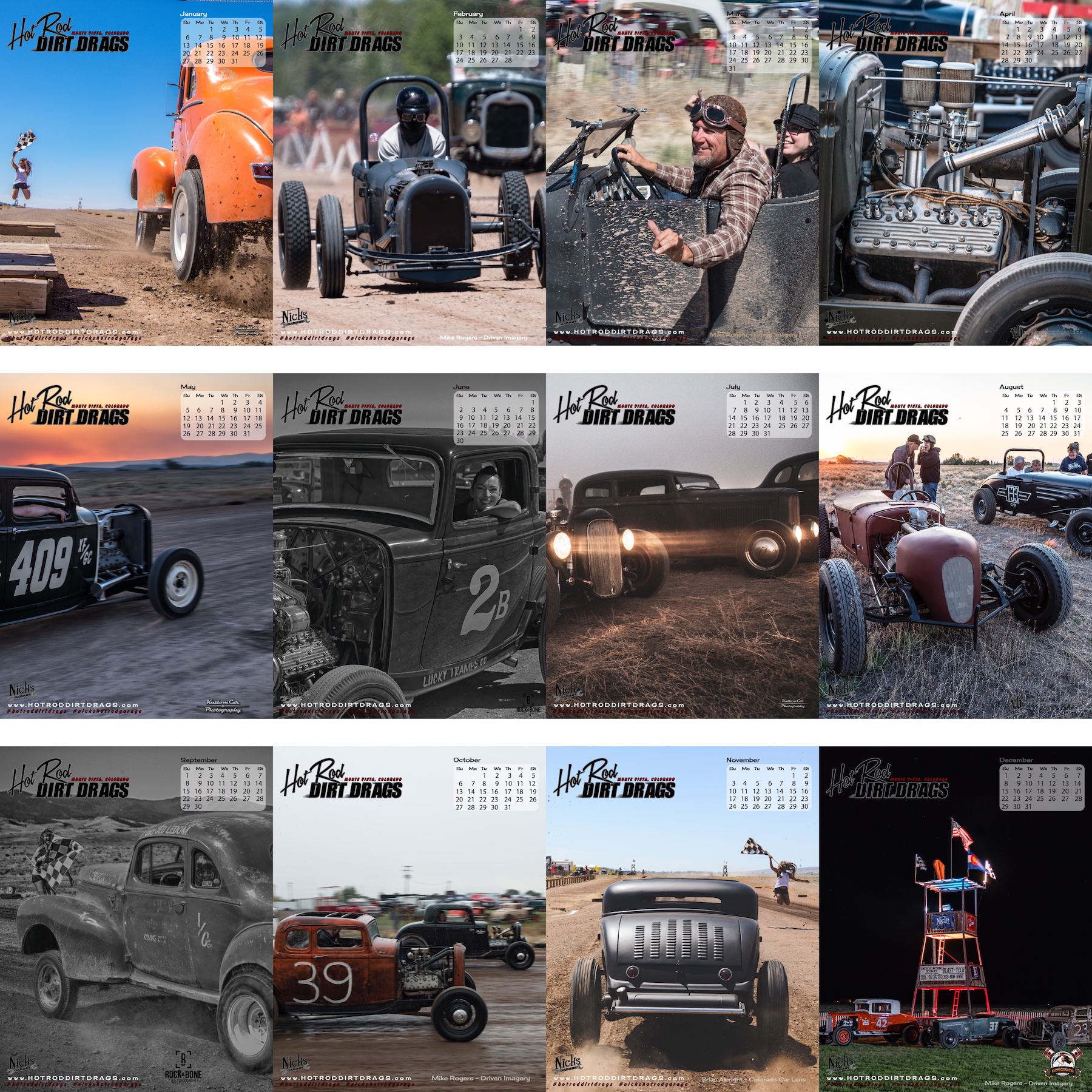 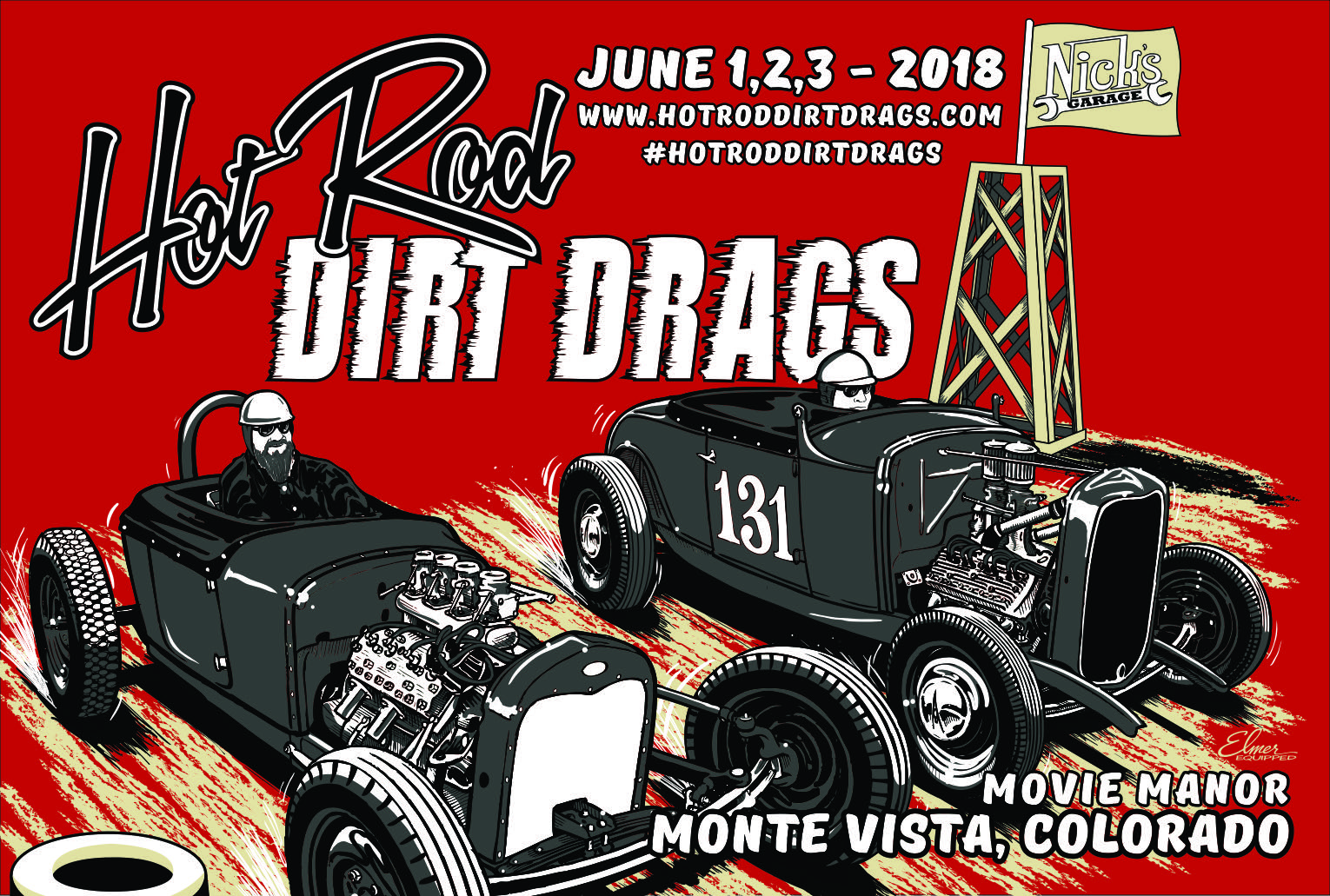 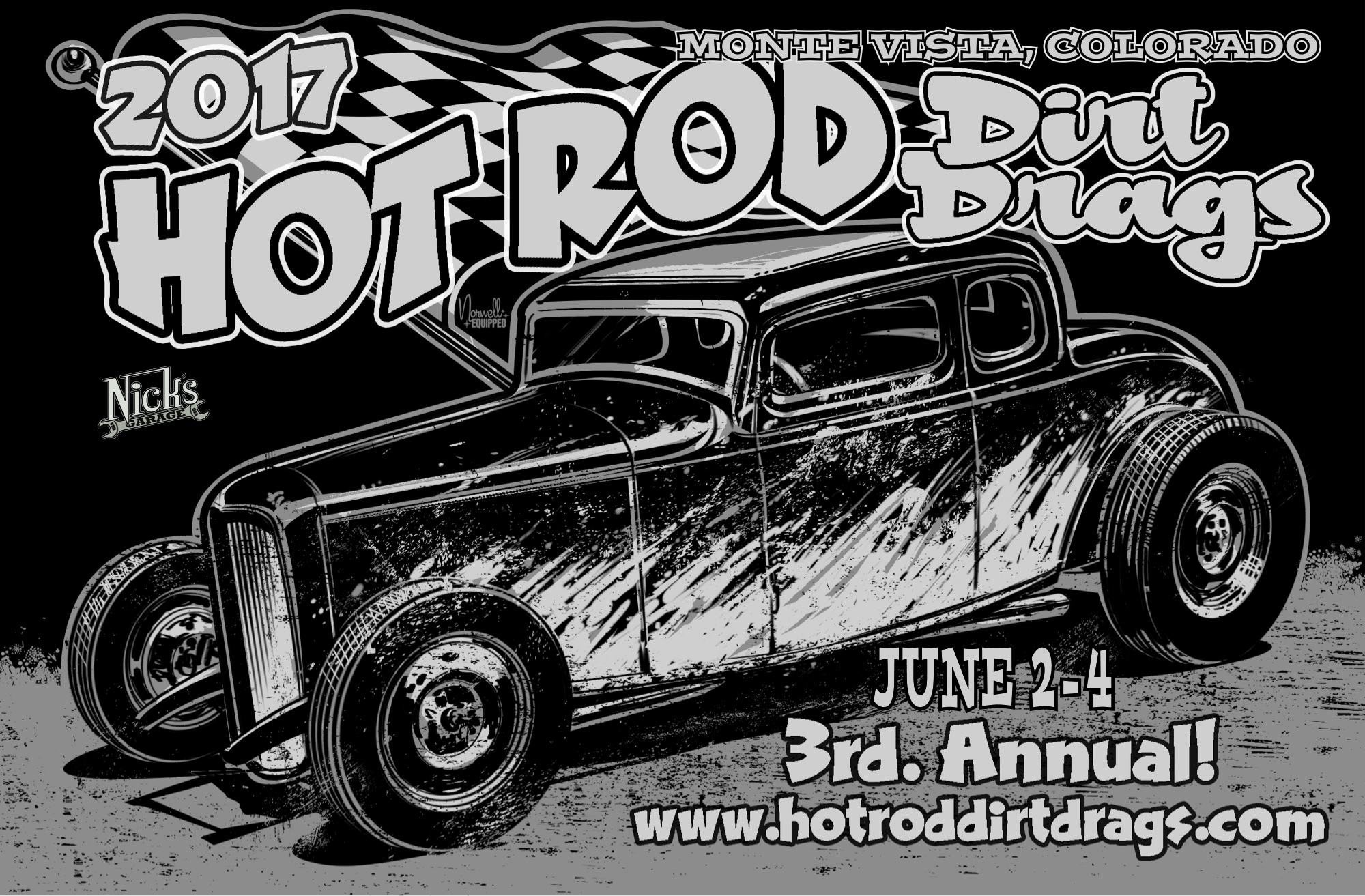 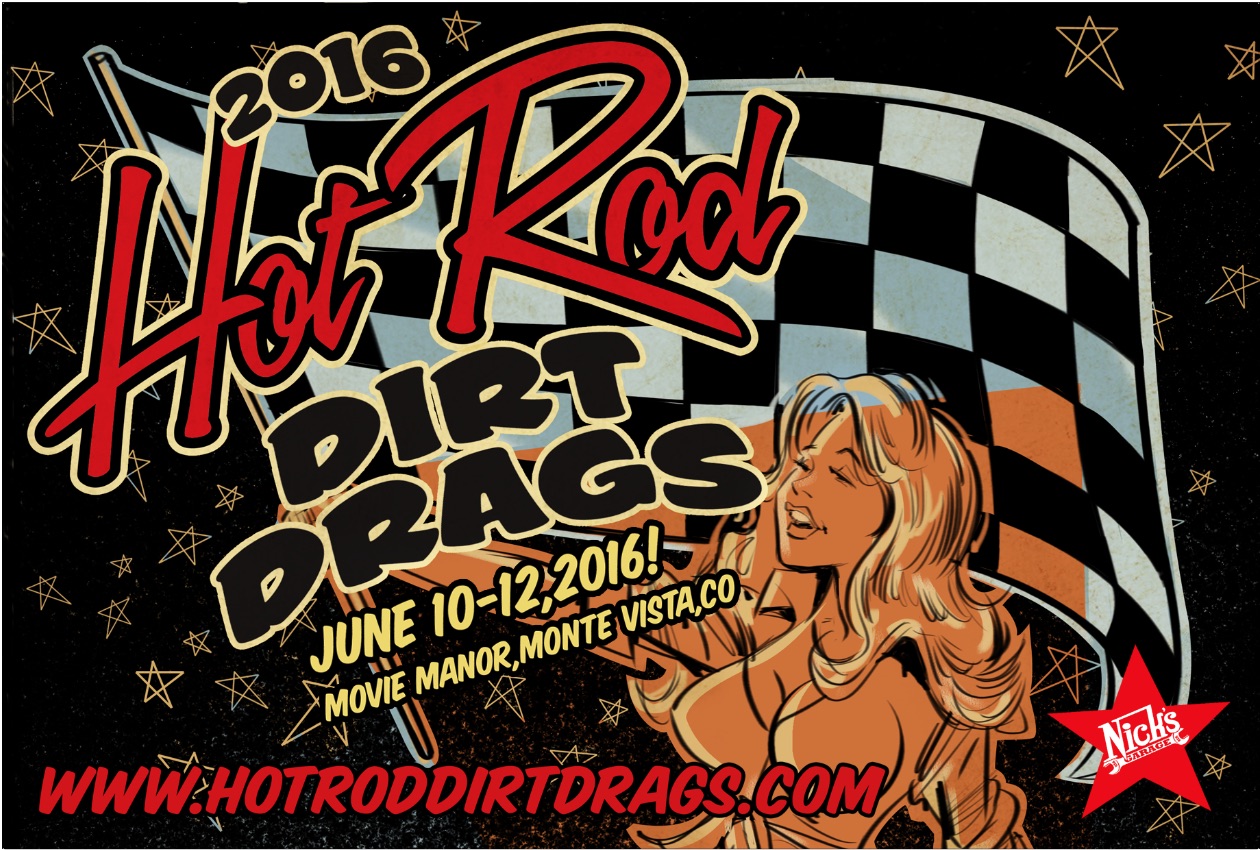 A few of our favorites from the event…
Travis Lee, Canned Ham 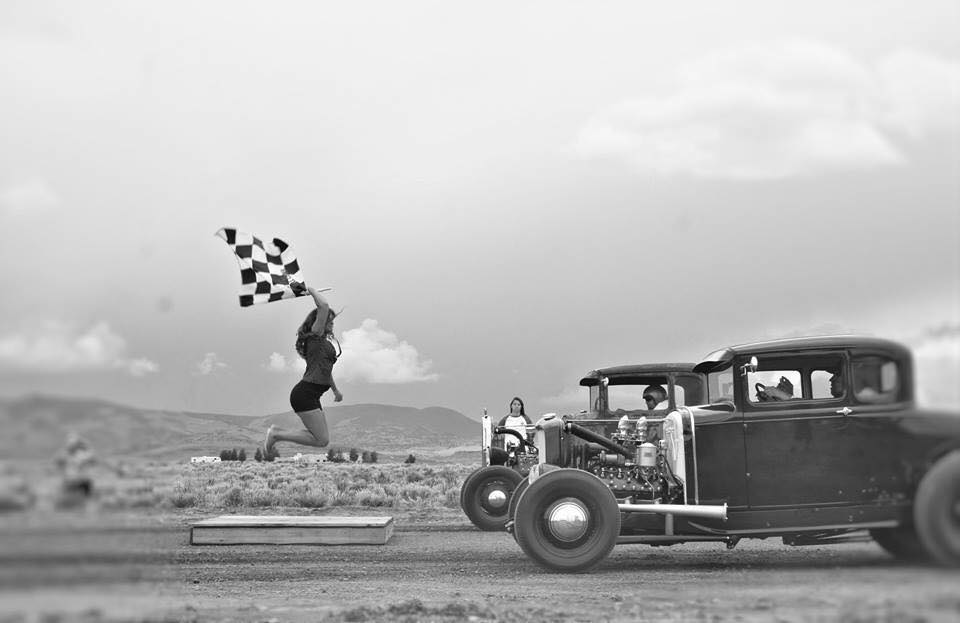 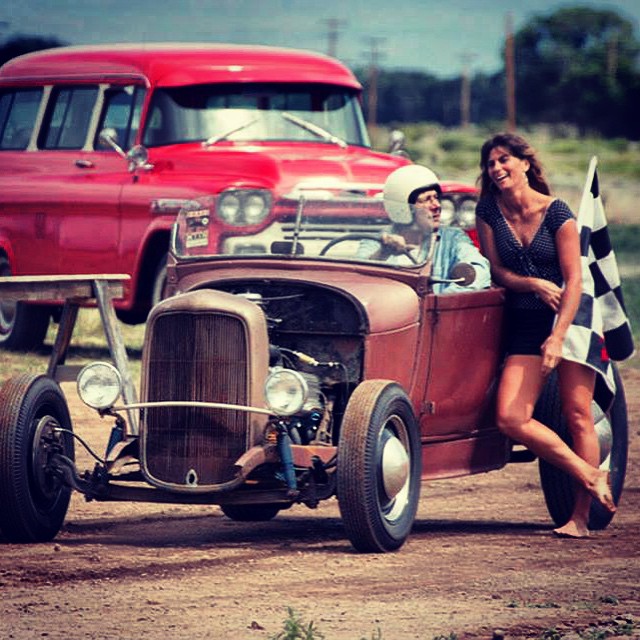 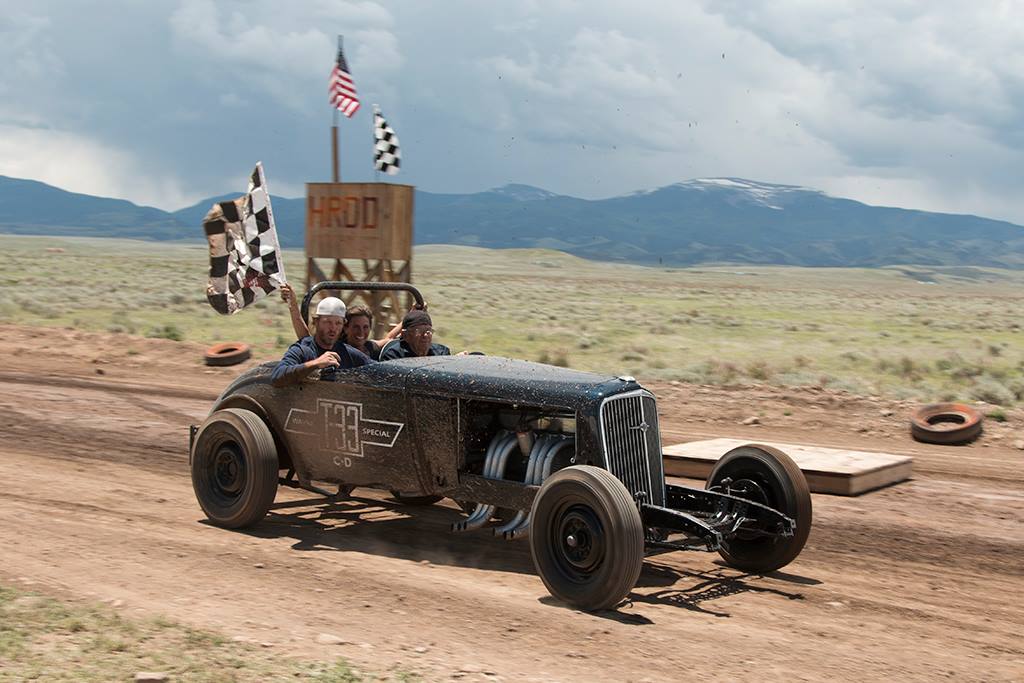 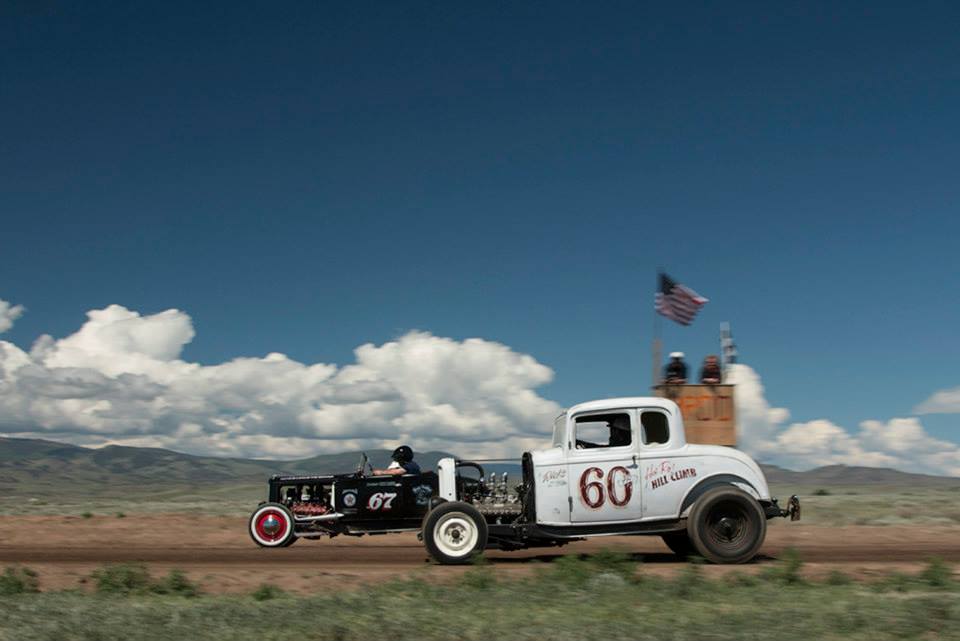 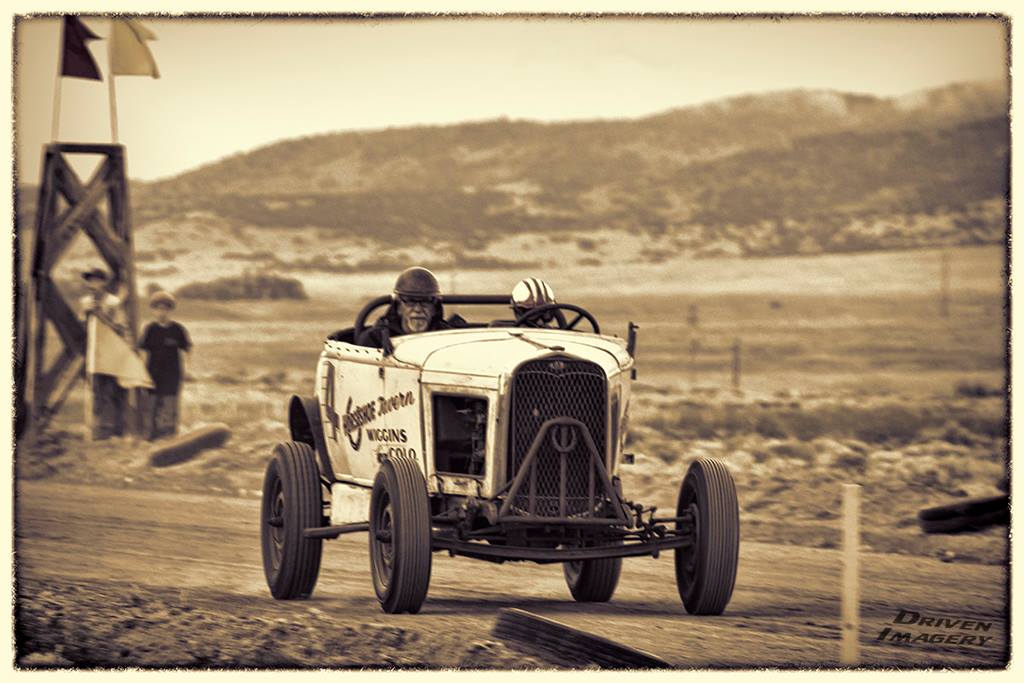 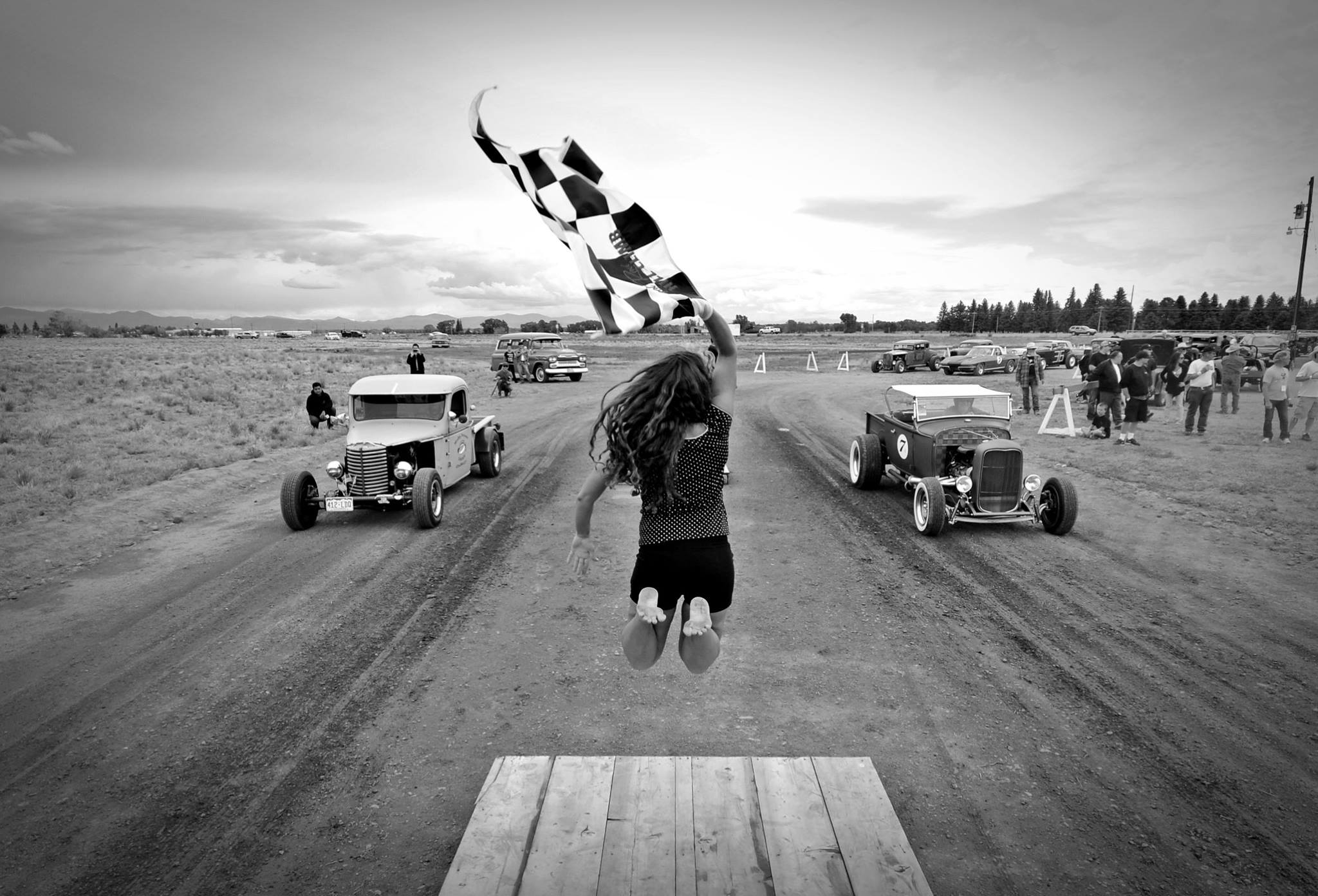 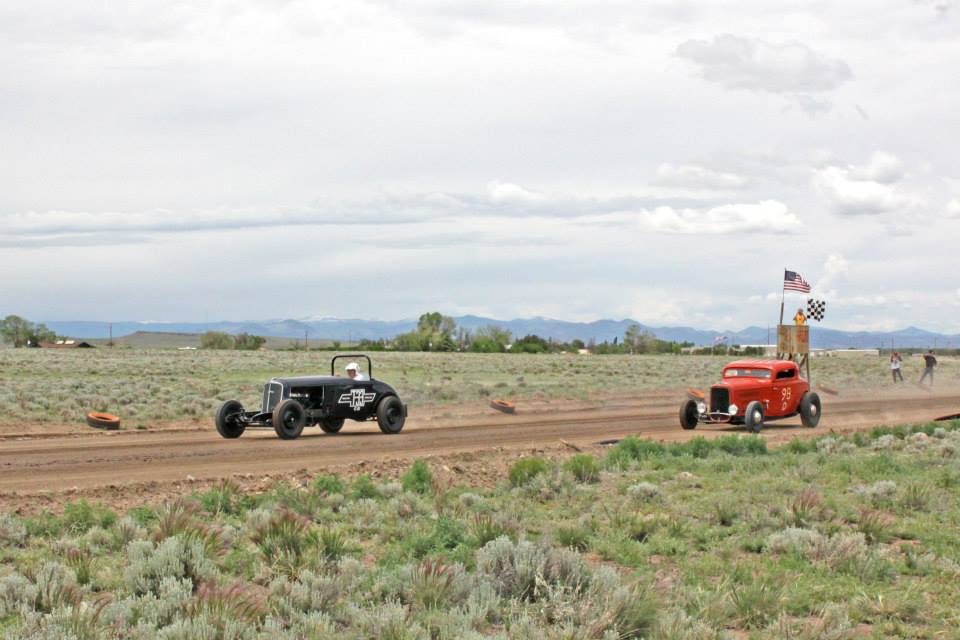 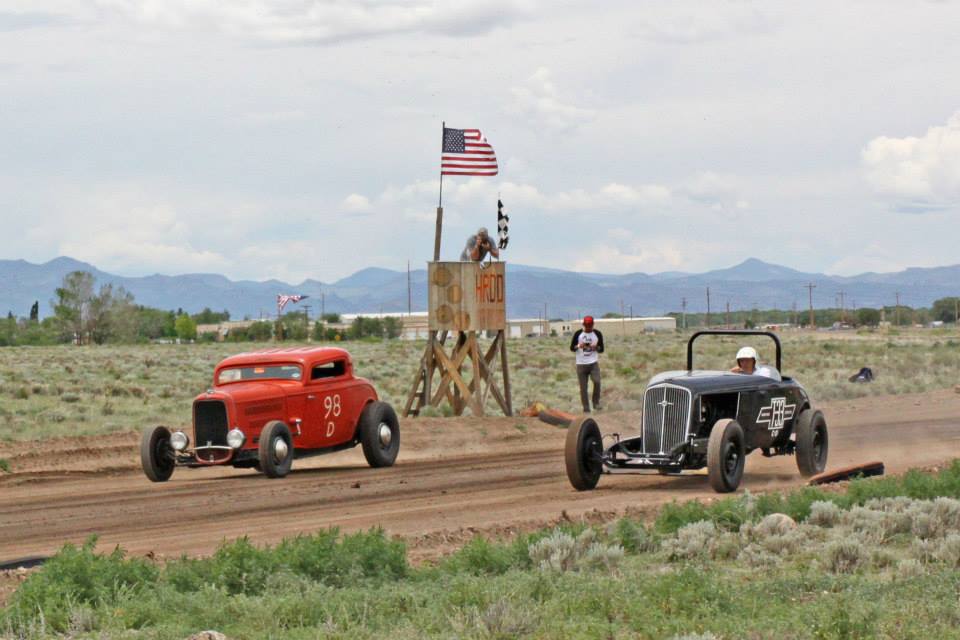 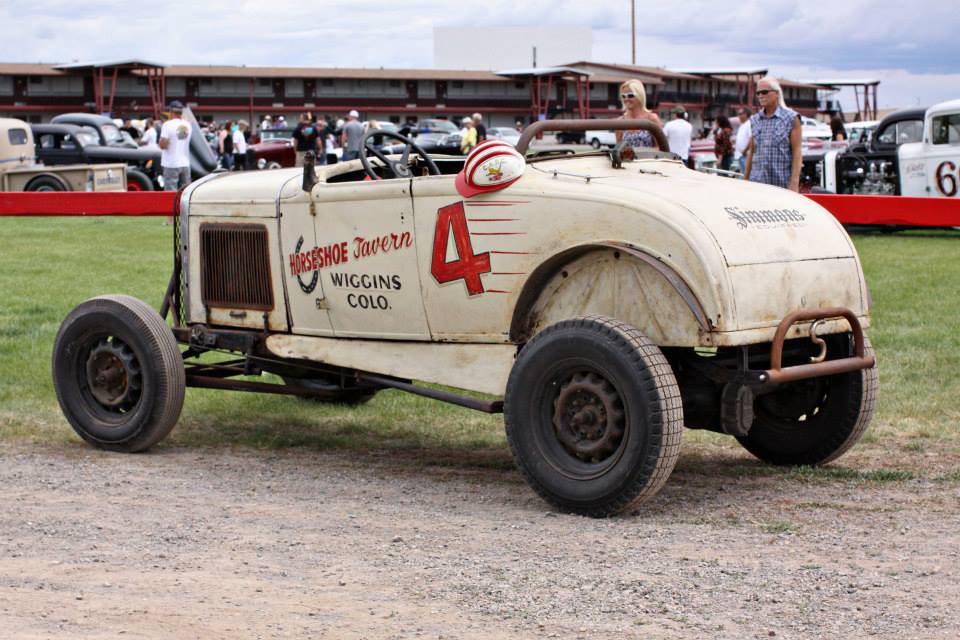 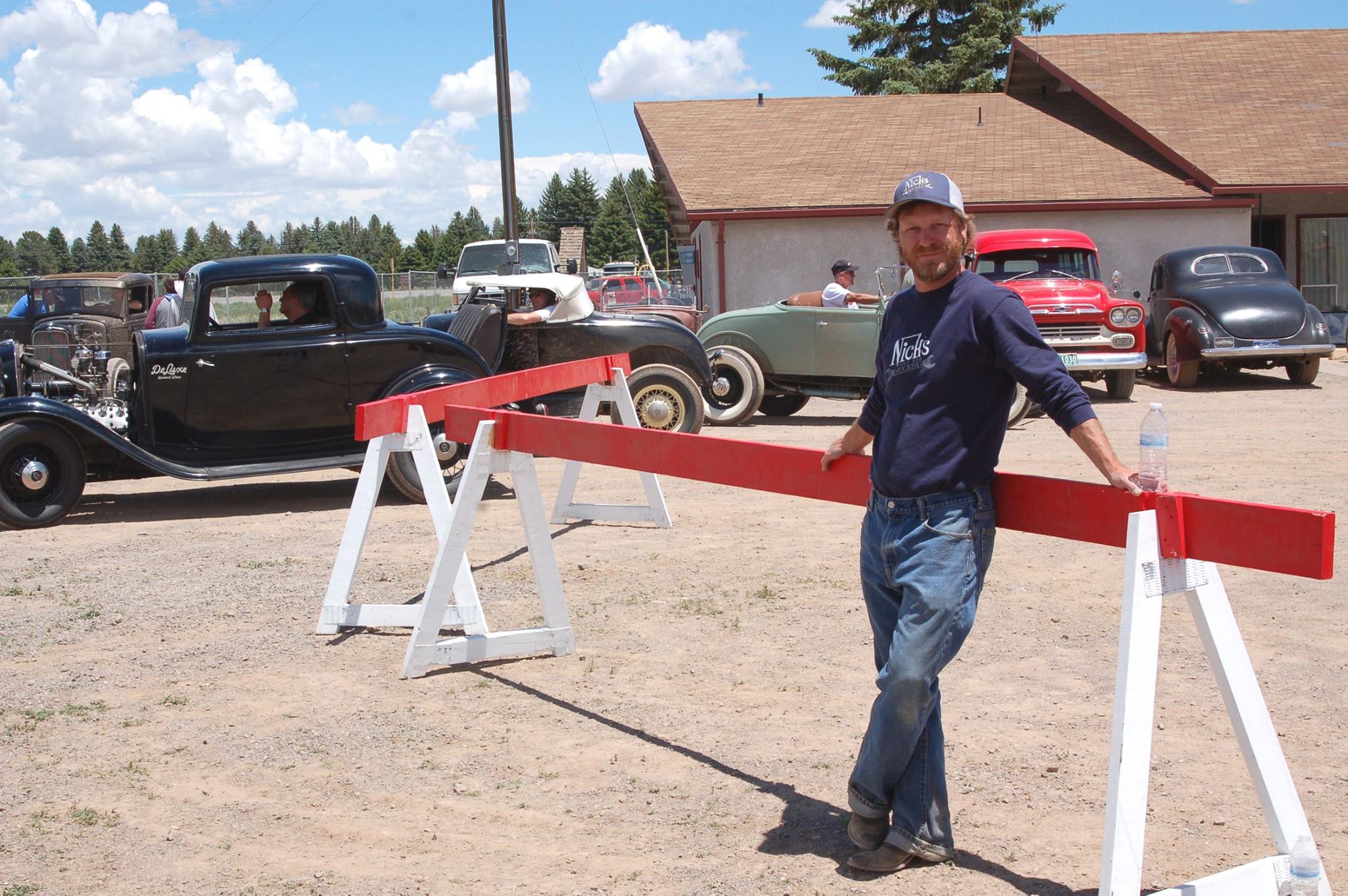 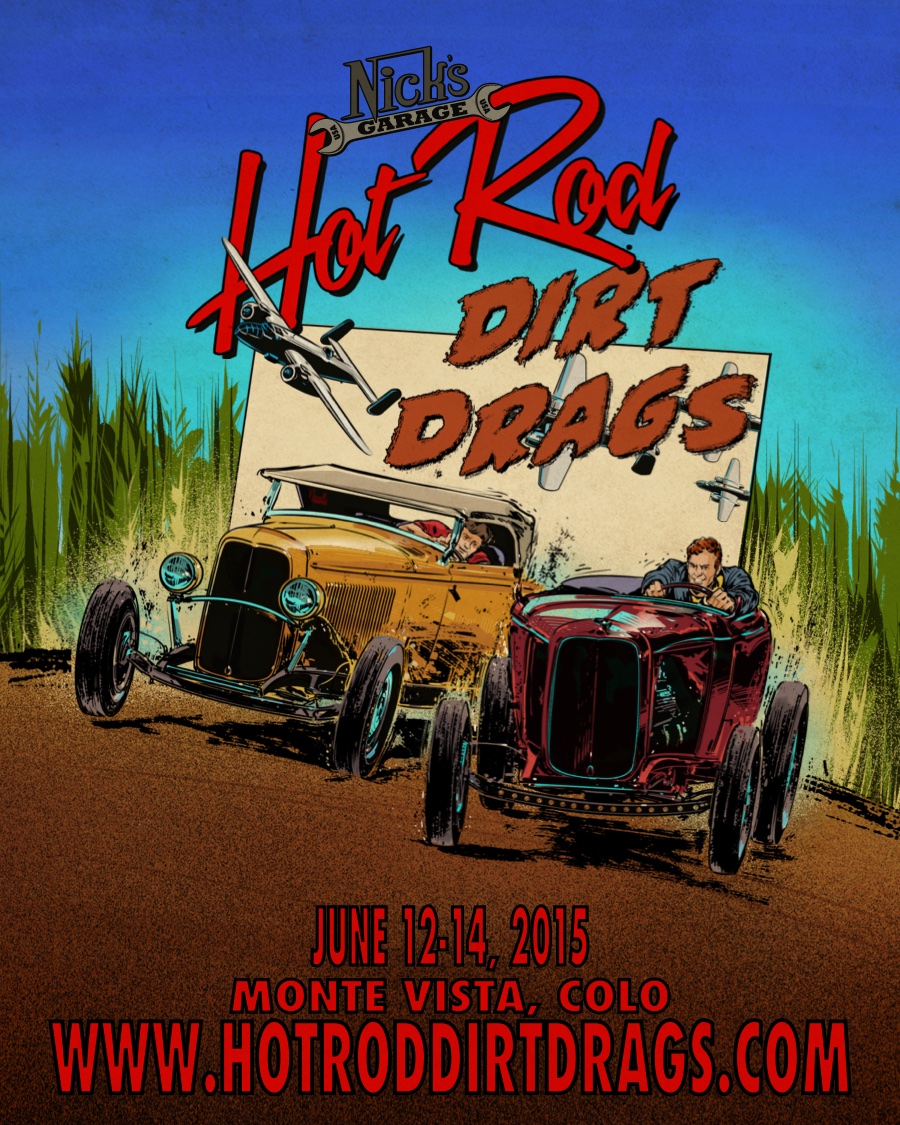 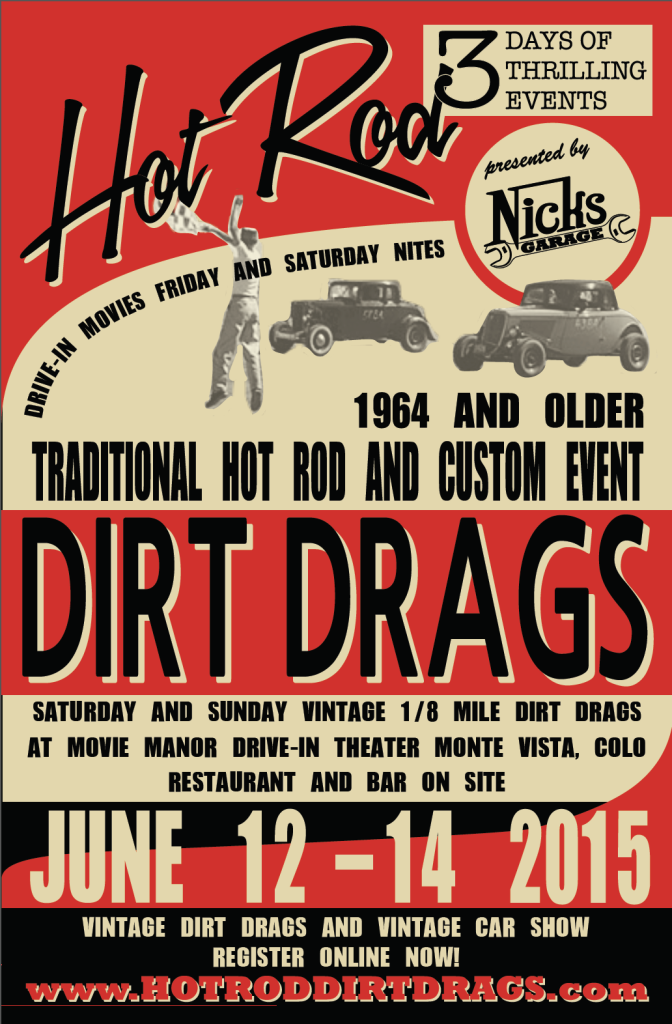 In the early days of drag competition, finding a nice paved strip was nearly impossible. The young men of America had to improvise, they made dirt drag strips in the late 1940’s and early 1950’s.

There were several strips across Colorado, the Cam Winders of Colorado Springs had one, they collected waste motor oil from service stations in an old water truck, then “Oiled” the track surface to provide better traction, a make shift asphalt if you will. (see the HRM article below)

Boulder Timing Association had one too, pictured below is Cal Kennedy and Don Scroggs Wayne 12 port T-33 racer taking on the dirt.

Well, Mike Nicholas, promoter of the Hot Rod Hill Climb has decided to bring this type of racing back to Colorado in the spring of 2015. Details on the event are brewing, but the location has been chosen, a double drive in movie theater that sits on 41 acres in the heart of southern Colorado. The crown jewel is a 1930’s dirt airstrip that is the ground work for the competition. The competition machines, we stay with tradition, with our roots, they will all be mid-50’s and older, the cars of that era. Motorcycles, yes, of the same era!

Build your flatheads, your bangers, your inliners…. this is going to be BAD ASS! 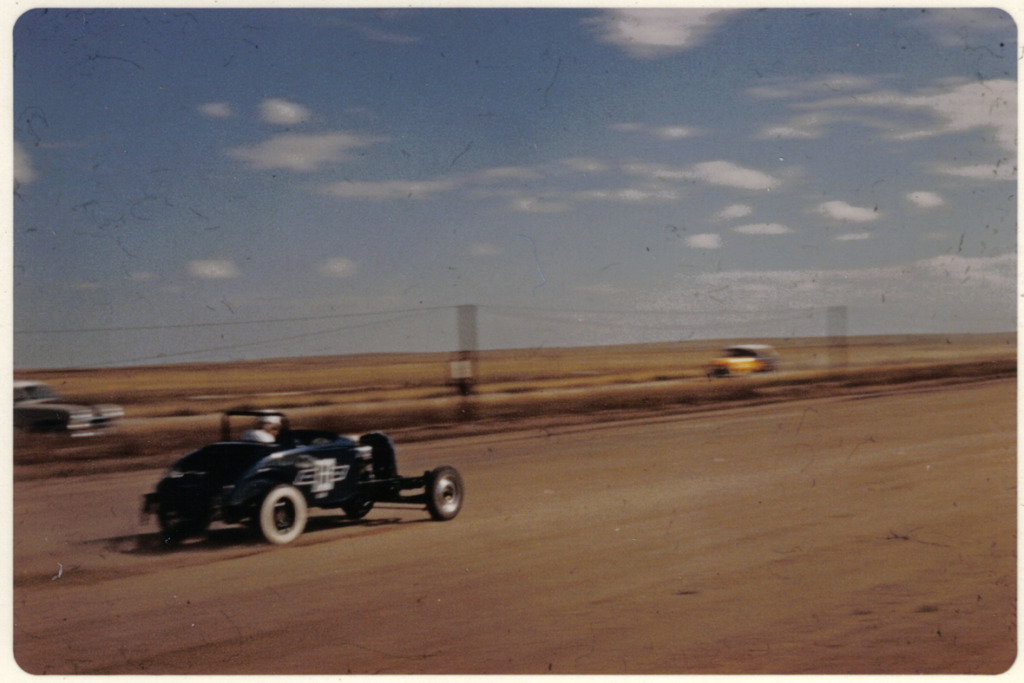 An article in the February 1953 HRM has an article on the Cam Winders track east of Colorado Springs. 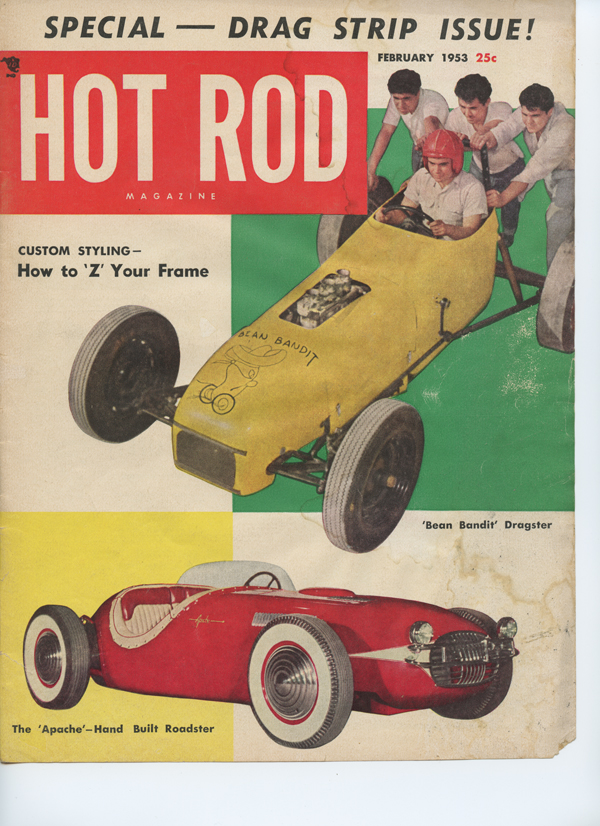 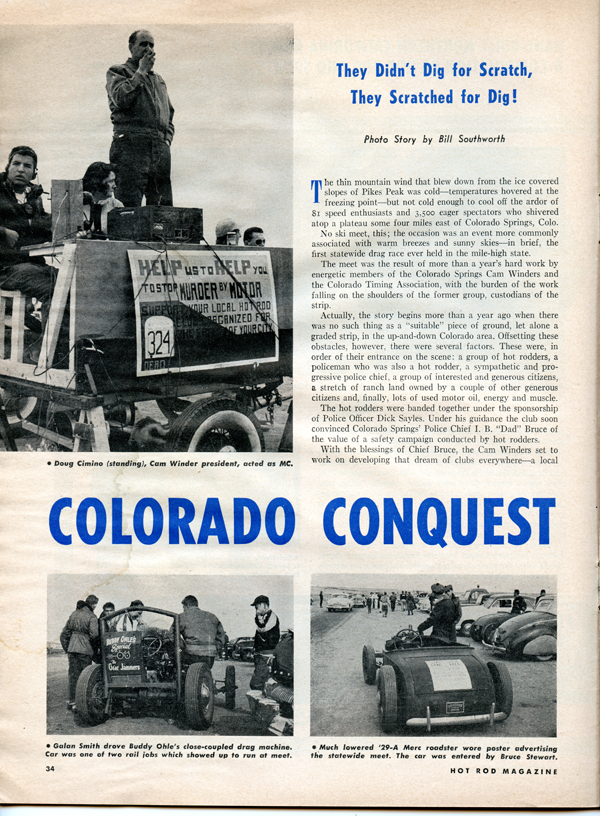 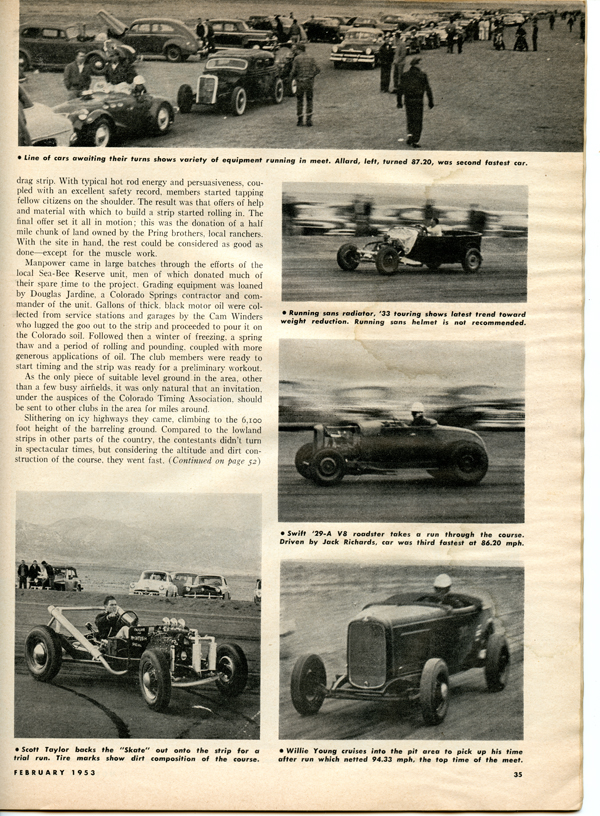 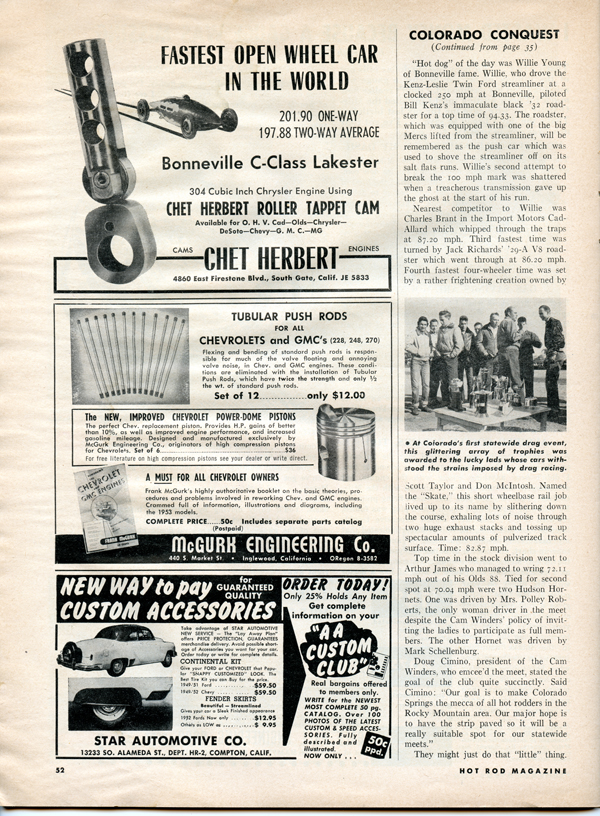